Let Me Fight to Get You
the Compensation and Justice You Deserve
Contact Us for a Free Consultation
Suli Jamal Esq.
Home > Attorney Profiles > Ryan Pinkney 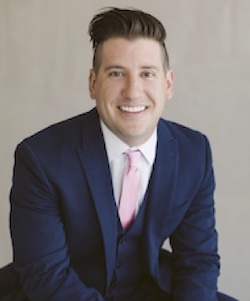 Ryan Pinkney is a personal injury attorney who understands the profound impact an accident can have on someone’s life. That is why he aggressively fights for each of his clients.

Ryan received a degree in Political Science from California State University Fullerton and began working in the legal department of a mortgage lending company in Brea shortly after. While working full-time at the lending company, Ryan attended Whittier Law School where he received two CALI awards, remained on the Dean’s List and Honor Roll, and was a finalist in the Susan B. McGuigan oral advocacy competition. Ryan graduated law school and was admitted to the California State Bar in 2016.

After graduating from Whittier, Ryan became Corporate Counsel for the lending company and handled a plethora of matters related to mortgage lending, real estate, corporate, and employment law. Looking to further enhance his skills in the courtroom, Ryan joined a prestigious civil litigation firm in Seal Beach where he successfully litigated a variety of complex real estate, employment, and business disputes on behalf of his clients.

Ryan’s desire to help people in his community was the driving force behind his switch to personal injury law. His acrimony towards those seeking to undermine, trivialize, and demean the pain and suffering of innocent victims spurs him to tirelessly fight for the justice and compensation his clients deserve. Ryan truly takes his clients’ injuries “personal.”

When not fighting to win for his clients, Ryan plays in three competitive soccer leagues and enjoys watching premier league matches with his friends. His competitive drive to win carries over into his practice of law and pushes him every day.

Contact Us
Practice Areas
Client Reviews
★★★★★
I would highly recommend! He went above and beyond my expectations. He is very professional and keeps you in the loop throughout the whole process. I would definitely go to him again! Jessica R.
★★★★★
Suli provided amazing service throughout my personal injury case. It was my first time going through this type of situation and I'm glad I found Suli to guide me through this entire ordeal. I was always updated every step of the way and everything was broken down so that I easily understood every last detail. Hopefully, I don't ever experience this type of sitation again but if I do, I'll be sure to reach out to Suli. David L.
★★★★★
Mr. Jamal is truly as good as it gets! In time of hard-ache and pain, Mr. Jamal brought trust, hope, and peace of mind. Mr. Jamal turned my big problem into a solution through his professionalism, compassion, great communication, and efficiency. I had a personal injury and I was referred to Mr. Jamal. And it turned out to be one of the best experiences I've ever had. He is truly great at what he does! I would refer anyone who has a personal injury or even other cases too! Palwasha M.
★★★★★
Suli from Jamal injury law was amazing. He was my car accident attorney that was referred to me by another attorney. He handled my case promptly and efficiently and was always attentive to any questions or concerns. I would definitely recommend him and use his services again! Brigitte B.
View More
Submit a Law Firm Client Review